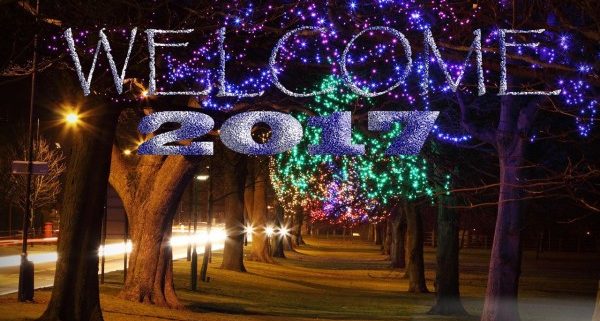 Is there any way to know what 2017 will bring? Benjamin Franklin said that nothing is certain except death and taxes, so there’s that.  The most common New Year’s resolutions are to work on your bank balance and weight.  Notice that the former is to swell and the latter to shrink.  Don’t mix those up.

The Bible says “you do not know what your life will be like tomorrow” (Jam. 4:14).  Somebody should have told Thomas Watson that.  In 1943, the chairman of IBM said, “I think there is a world market for maybe five computers.”  Oops.  A Yale professor told Fred Smith that his great business idea was not feasible.  His idea became FedEx.  Another oops.  Gary Cooper said, “I’m glad it’ll be Clark Gable falling on his face and not me,” after turning down the leading role in “Gone with the Wind.”  You get the idea.

So, avoiding speculative predictions and dubious resolutions, here are three realities that will certainly follow us into 2017, for our great benefit.

For the world to know and embrace these truths in 2017, the world needs a change that only God can give. To that end I offer as a prayer Kelly Clarkson’s lyrics: This is my grownup Christmas list, not for myself but for a world in need. No more lives torn apart, that wars would never start, and time would heal all hearts.  Everyone would have a friend, and right would always win, and love would never end.