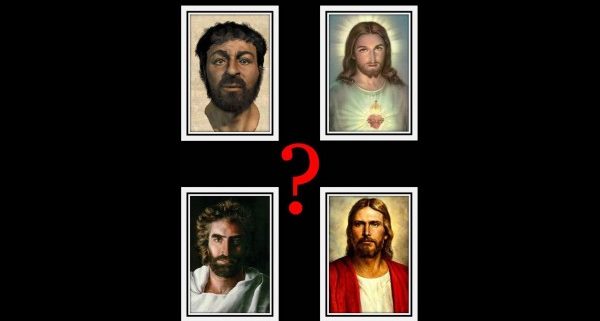 I overheard it in a public place recently. The sincere lady was apparently responding to a question.  Her answer was a new one for me.

“I am a different kind of Christian. I just believe what Jesus said, not all the rest of what’s in the Bible.  All he talked about was love.”

This interesting response raised questions in my mind. Was a church or believer unloving to her?  Is there so much religious noise in our times that she needed some quiet?  Was she dismissing the moral claims of the Bible?

It is good to focus on Jesus, but the Scripture does warn about “a different gospel” or “another Jesus” (2 Cor. 11:4). For example, Oprah would have you think that Jesus just wants people to be nice and fair to each other, and religion means feeling good about yourself.  That’s the self-help Jesus.

Remember when you’re talking about Jesus, He’s actually in the room. The Christian faith is not a religion to be practiced but a Person to believe.  It’s not a philosophy written by dead people but a resurrection offered by the Living One.

Jesus did say, “Love one another, even as I have loved you” (John 13:34). But the same Jesus said much more and referred to other revealed truth, namely the Law and Prophets (Matt. 22:40) and the Holy Spirit’s future teaching (John 14:26).  To believe Jesus’ words means embracing all that He said is true.  When you isolate Scripture portions you assume that heresies have redefined Jesus.  G. K. Chesterton concluded that for the church “to have avoided (heresies) has been one whirling adventure, and in my vision the heavenly chariot flies thundering through the ages, the dull heresies sprawling.”

The heavenly chariot is the wild truth about Jesus’ deity, sacrificial death, resurrection, and imminent return. As Creator, He has final say about what you are, and what is good or evil.  “It was the Father’s good pleasure for all the fullness to dwell in Him, and through Him to reconcile all things to Himself, having made peace through the blood of His cross” (Col. 1:19-20).  That’s His gospel, or shall you come up with your own?  Richard Wurmbrand said there are “those who sincerely believe in God and those who, just as sincerely, believe that they believe.”

To dabble in pop spirituality is to be inoculated against the real thing. The Hollywood mantra, “follow your heart” is dangerous because, as Aleksandr Solzhenitsyn said, “the line dividing good and evil cuts through the heart of every human.”  The real Jesus offers you a new heart.  He knows you, and loves you enough to rescue you from the turbid spiritual backwater of our times.  Come to Him, and believe (all of) His Word.