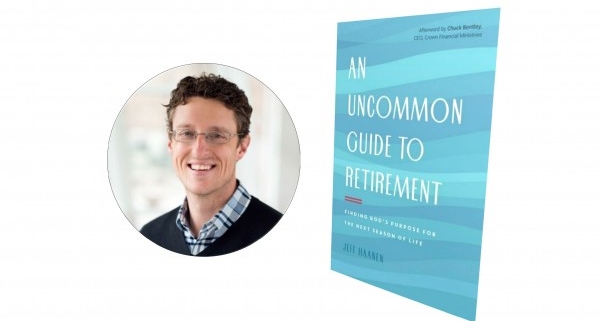 You can tell much about your view of work by what you think about retirement.  The modern notion of retirement as a permanent vacation creates a bias against the virtue of work.  Consider some examples.

In 2018, an investment services company ran a Super Bowl ad in which a granny DJ-ed a modern dance club, an elderly fireman struggled with a pressurized hose, and an aged UPS worker fumbled packages.  The message was clear: If you have to work in retirement, you’re a failure.  “I plan to work only until I can afford to retire” sounds like all work is bad.  Yet God made us to produce, create, and serve because He does.  That invites work as worship of the Creator.  Dorothy Sayers wrote, “(Work) should be the full expression of the worker’s faculties, the thing in which he find spiritual, mental, and bodily satisfaction, and the medium in which he offers himself to God.”  That’s true whether or not you receive a paycheck.

When Alabama football coach “Bear” Bryant retired after the 1982 season, someone asked what he would do.  “Probably croak in a week,” he said.  He died one month later, and never had the chance to explore life beyond coaching. If you say, “I don’t know what else I’d do,” let me remind you that you are not your career. Tim Keller writes, “Many modern people seek a kind of salvation – self-esteem and self-worth – from career success.”  That’s idolatry. For the Christian, your identity and success are in Christ.  He prepares your work regardless of your career status (Eph. 2:10).

Another fallacy is, “I’m too old to accomplish anything meaningful.”  That is the lament of the retiree who yearns for significance but is trapped by the mindset that life is measured only by previous success.  When you work to serve others, you are doing significant things.  “As each one has received a special gift, employ it in serving one another as good stewards of the manifold grace of God” (1 Pet. 4:10).  The time, experience, and knowledge that earned you a paycheck are the tools of the volunteer, the advisor, the neighbor that engages the community.  Whether paid or not, work “as for the Lord” (Col. 3:23) is meaningful.

Jeff Haanen in An Uncommon Guide to Retirement writes, “Work is the primary avenue for fulfilling Christ’s command to love your neighbor as yourself.  For Christians, work is fundamentally about contribution to others, not compensation; an expression of identity but not the source of identity; serving others, not personal success.”  What drudgery if work is only for a paycheck, and retirement only for leisure!  Contribute what’s missing, restore what’s broken, and promote what’s good, and do the work of God.