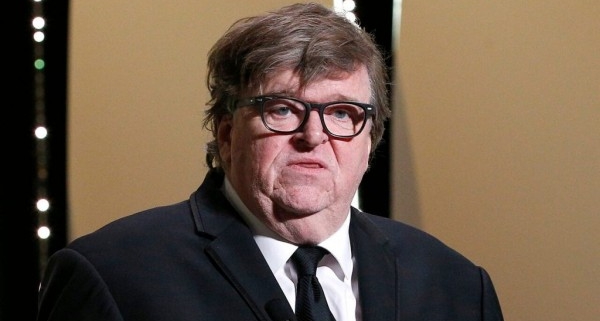 Filmmaker Michael Moore weighed in on the Taliban takeover in Afghanistan. “They’re religious nuts, but we’ve got those here too. Their Taliban, our Taliban, everybody’s got a Taliban.” His worldview sees no difference between Christians and Taliban.

The Taliban worldview and its interpretation of Sharia law has been on display for decades. They believe their destiny is to rule the world, and to die in jihad is to enter paradise. This week, Afghans who enjoyed freedom, education, and opportunity are fleeing the Taliban. Many of them had become Christians and indicated as much on their national ID cards. Now those Christians, other “infidels,” and people who resisted the Taliban are marked targets.

Moore’s worldview would also rule the world. It denies God, so its moral foundation is the soft sand of individual preference. Reason is its authority, science is its sacrament, autonomy is its practice, and cancellation is its final judgment. To create its paradise, it targets dissent. Its agenda of sexual liberation and expressive individualism creates its own victims, making Moore’s finger-pointing ironic.

The Christian worldview explains the world as we experience it, i.e. the human sense of morality, the longings of the heart, the realization of beauty, the existence of evil, and the yearning for meaning. The concept that everyone has value regardless of their race, intelligence, gender, politics, wrongdoings, or health comes from Christianity. The Christian ideas of freedom, morality, and self-denial are the foundations of Western democracy.  The historical resurrection of Jesus is the central proof of that worldview. As Paul explained to the sneering philosophers in Athens, God has “furnished proof to all men by raising (Jesus) from the dead” (Acts 17:31).

Speaking to people like Moore who would cancel any public expression of the Christian faith, atheist Richard Dawkins said, “I have mixed feelings about the decline of Christianity, in so far as Christianity might be a bulwark against something worse.” It is better to love your neighbor and your enemy, to be a good citizen and a servant to others. Christianity advances by love and inspiration, not by the sword or newspeak. We are already witnessing something worse, over there and here.

Moore’s blind omission of the danger of his own worldview is predictable. It is encouraging that many of the refugees from his worldview are finding liberation and healing by faith in the truth the Lord Jesus has revealed to us. I pray that the tragedy unfolding in Afghanistan causes America to rethink our drift away from the Christian worldview, which has contributed so much to human flourishing. We don’t need more victims of bad ideas and refugees from a culture that has lost its moorings.

He only is my rock and my salvation, my stronghold; I shall not be greatly shaken (Psa. 62:2).

Your Ebenezer
Scroll to top