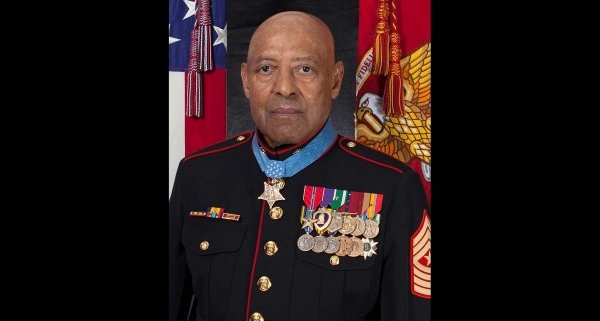 One way America recognizes its heroes is with the Congressional Medal of Honor. The award includes a citation which describes in detail what happened, including when and where. Last month, the President awarded the Honor to John Canley for his actions as a marine in Vietnam, 1968. Gunnery Sergeant Canley matters, and his name is etched into history.

History also documents a rather eclectic group of people who shared a common goal, to build a wall. It calls out scores of names, describing their actions and where they built. The account includes curious details. It notes the builders’ usual professions (priest, goldsmith, perfumer, government official). One man’s daughters helped with his section. Some worked beside their own houses. They undertook the work at personal risk, threatened with the accusation of sedition. (Neh. 3)

Why would the Bible record such detailed history? We know it outlines a grand narrative of God’s dealing with humanity, but it does so with stories of real people. In this story of the wall around Jerusalem, we witness what matters to God. People’s names, professions, and work locations are important. Where they lived mattered. The role of women mattered. God clearly cares about people, places, homes, and jobs because the details fill the Book.

The temptation is to think that in the grand scheme, you don’t matter much. You didn’t win a medal or make history. But let me assure you, dear reader, you haven’t escaped God’s attention, fortunately. Sure, there is an unnerving aspect of an all knowing God, especially if you are hiding something. Jesus said, “There is nothing concealed that will not be revealed, or hidden that will not be known” (Matt. 10:26). Jesus knows your past, too. When Nathanael asked how Jesus knew so much about him, He answered, “Before Philip called you, when you were under the fig tree, I saw you” (John 1:48).

But there is a more profound level of knowing, beyond concealed things and fig trees. We see this when Jesus warned He would tell certain posers, “I never knew you; depart from me” (Matt. 7:23). Love makes the difference with this kind of knowing. “If anyone loves God, he is known by Him” (1 Cor. 8:3). Loving God begins with accepting the truth about Jesus Christ, who loved you first despite your (ahem) details.

So be glad that God knows you. The Bible says, “Your Father knows what you need before you ask Him” (Matt. 6:8). When you sacrifice and serve, “Your Father, who sees what is done in secret, will reward you” (Matt. 6:4). To you, He has revealed Himself as Immanuel, or “God with us.” You may never receive a medal of honor or write your name in history, but if the God of the universe loves you, knows you, and is with you, then you matter.

Surprise of Gratitude
Scroll to top