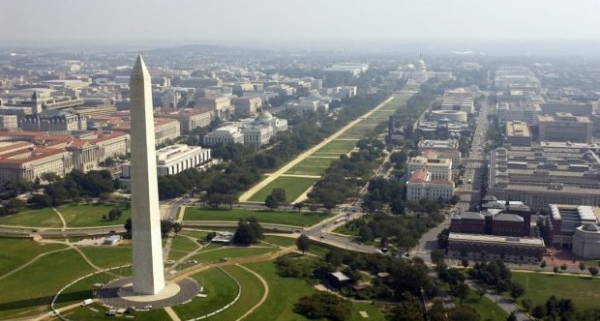 God help us. That’s a prayer, not a swear. How often those words escape our lips upon hearing news of Afghanistan, COVID, and American politics. You do remember He already has helped, right? You have to remember that to keep your sanity.

God’s people wanted to remember. In ancient times, God gave them a victory. He sent thunder to confuse their enemy so they could reclaim their cities. Samuel set a symbolic stone near the scene of the victory and named it Ebenezer, which means “rock of help” (1 Sam. 7:12).

One evening when I lived in Haiti, I noticed the reflection of a significant fire nearby. I went outside and saw in the middle of the dirt road a fire consuming household items and various containers. A local voodoo practitioner was burning his occultic paraphernalia. In his advanced age, he embraced faith in Christ. The fire was his public recognition of God’s help. It was his Ebenezer.

The U.S. has its Ebenezer, too. At 555 feet atop the Washington Monument, the highest structure in Washington D.C., an aluminum cap displays the words “Laus Deo,” meaning “praise be to God.” In 1885, Americans reached to the heavens with the moving sentiment. It was their Ebenezer, and ours.

We have a rock of help that is more than symbolic. Jesus said, “I came that they may have life, and have it abundantly” (John 10:10). He could promise that because as He said, “I and the Father are one” (v30). Jesus shows you a reality that is beyond what you see, beyond what happens today, and beyond the bounds of time. Your response, your Ebenezer, is to present yourself as a holy sacrifice (Rom. 12:1). The beautiful hymn lyrics say, “Here I raise my Ebenezer, here by Thy great help I’ve come. And I hope, by Thy good pleasure, safely to arrive at home.”

Whenever the news makes you want to utter, “God help us!” let it remind you that He already has. Raise your Ebenezer by presenting yourself to God as a living sacrifice, your greatest act of worship.

Season of Light
Scroll to top