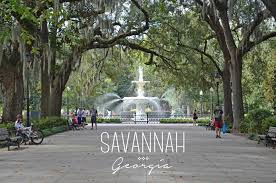 Savannah is a wonderful place to visit. It is a beautifully preserved monument to the history of Georgia’s founding. I renewed my interest in the topic recently by reviewing Colonial Georgia and the Creeks: Anglo-Indian Diplomacy on the Southern Frontier, 1733-1763 by Dr. John Juricek, Professor Emeritus of History at Emory University. As a native Georgian and a Christian, I find some aspects of colonial history noteworthy and challenging.

In 1732, General James Oglethorpe, the planner of the much-admired City of Savannah, was among the Trustees receiving a charter from King George II for the new colony. Dr. Juricek explains that Georgia was intended to be “a refuge for the disadvantaged of England and Europe” and “where enslavement of blacks and exploitation of Indians were prohibited.” These great goals reflect Christian compassion and decency, if only our forebears had met them.

South Carolina provided generous support for our new colony, since these neighbors welcomed a buffer between them and the Creek Indians. By this time, the Creeks were familiar with Europeans, had established trading partnerships, and some had intermarried with the English. In 1733, at the recommendation of South Carolina Governor Robert Johnson, Oglethorpe selected Yamacraw Bluff to settle the first colonists and establish the City of Savannah. This was the location of an existing trading post and Indian settlement along the banks of the Savannah River. Chief Tomochichi was willing to accept the English and offer them land. From this initial encounter, Oglethorpe reported to the Trustees that the Indians wanted “to be instructed in the Christian Religion,” an admirable but overly optimistic idea.

The final authority for a land treaty rested with the various tribes of the Lower Creek nation which occupied what is now South Georgia and Alabama. During treaty talks, historic notes have one chief saying to the English, “I knew you were sent by Him who lives in Heaven, to teach us Indians Wisdom.” Perhaps these religious sentiments led Oglethorpe in 1735 to extend an invitation to John and Charles Wesley to serve in the new colony. Both were dedicated Christians, and John, an Anglican priest, believed his mission included the Indians.

It’s worth noting that the Wesleys and George Whitefield had become known as “Methodists” and were among the early founders of the evangelical movement. In 1738, Whitefield followed his friends to Savannah and served the church previously led by John Wesley. In 1740, this new Georgian was instrumental in the “Great Awakening,” a spiritual renewal among the colonies that soon spread to England.

Today’s challenge for Christians in Georgia is no different than in colonial days. Even if some of their efforts were flawed, the early Georgians did recognize Jesus’ commission to “go and make disciples of all the nations, baptizing them in the name of the Father and the Son and the Holy Spirit, teaching them to observe all that I commanded you” (Mat 28:19-20). That work is not yet finished, and Georgia is still a mission field as the world comes to us.