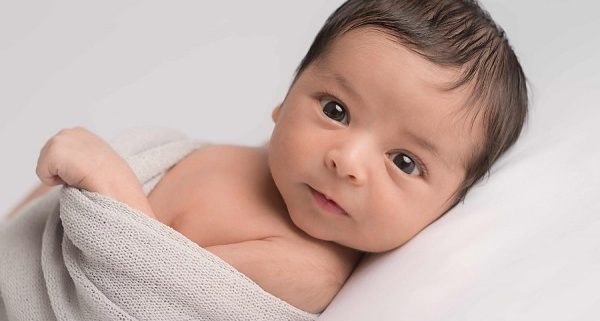 It is a great and sweet joy when young parents announce to their families that a baby is on the way, especially the first grandchild!  They all share the concern for safe delivery and a healthy child, and begin to muse on what might become of the child over the course of his or her lifetime.

God knows.  That’s not fatalistic swearing there, just a reference to Biblical history.  Take Abraham and Sarah.  Sarah was barren until it was too late, humanly speaking.  They both laughed when God’s messenger told them what was about to happen.  So when the boy was born, they named him “He Laughs” (Isaac).  But it wasn’t a joke.  God had a plan for the child before he was born:  “My covenant I will establish with Isaac, whom Sarah will bear to you at this season next year” (Gen. 17:21).  Isaac was the one through whom God would pass His everlasting covenant to the generations.

God knew about Samson.  His mother (traditionally Hazelelponi), received a visitor who promised she would conceive.  She hurried to tell her husband, Manoah, what the “very awesome” fellow said.  He then asked the Lord to let him talk to the angel, too.  At that meeting, he asked “What shall be the boy’s mode of life and his vocation?”  Fair question, but his wife had already received the answer.  “He shall begin to deliver Israel from the hands of the Philistines.” (Jud. 13:5).  Samson grew up to be a rascal, but God used him mightily as a judge of Israel for 20 years.

God had something in mind for the son of Zachariah and Elizabeth, too.  They were barren, and advanced in years.  God’s messenger approached Zachariah with news of a son to be born, to be named John.  God’s purpose for him was “to turn the hearts of the fathers back to the children, and the disobedient to the attitude of the righteous, so as to make ready a people prepared for the Lord” (Luke 1:17).  Somehow this baby leapt for joy in utero on hearing the voice of Mary, mother of Jesus.

Here’s what we learn from this historical record.  Little people are a blessing from God.  Even in the womb, he or she is a distinct, living, and whole human being.  God knows them, they have a soul that can know God, and He has a plan for their lives.  They have value because all are made in God’s image regardless of who their parents are, what their health is, or how independent they are.

Jesus said, “Let the children alone, and do not hinder them from coming to Me; for the kingdom of heaven belongs to such as these” (Mat. 19:14).  He wants the precious ones to have life, and have it abundantly.

Which Jesus?
Scroll to top